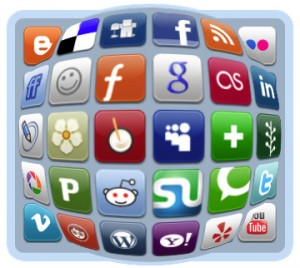 Internet is banging traditional modes of communication shut. We are stronger when we listen and smarter when we share. This is the philosophy of social media. In America, all the literature and philosophy bolstered after World War II encouraged anti-social society. There was no heroism, no passion, no dreams and no romanticism at all. But, keeping social media’s role in view, this world is colorful again.

Social Networking Sites (SNS) provide with a platform where people tell their dreams and lighten their fears. That is why number of people, in America, using social networking sites to communicate with one another is increasing rapidly. A survey conducted recently showed some interesting results.

According to the results obtained, among total number of internet users 66% of people use social networking sites. Primary reason for using such sites as Facebook, Twitter, Linkdln is to reach family and friends. They want to know what their friends are doing and more interestingly, how they are doing. Keeping themselves informed with their family members has become so much easy by these sites. So that is why, they rely on using social networking sites.

Birds of feather fly together. 14% users added that making relations on the basis of common interests or hobbies is their major reason for using social networking sites. In these rapid demographic changes, it is hard to find people of same interest and hobbies congregating in so much large numbers. So, Social networking sites offer them a platform to share their views and experiences.

9% users use facebook and twitter etc. only because they can make new friends. Their desire to enjoy new company of friends brings them to these sites. On the other updating with comments of public figures and finding better soul mates are also important factors behind using social networking sites and they comprise 5% and 3% respectively.

Whatsoever be the reason behind using these social networking sites, it’s evident that this platform is fulfilling people’s needs. That is reason that number of users is exponentially increasing as each day passes away.