Android 4.1 Jelly Bean — Every Thing That You Need To Know 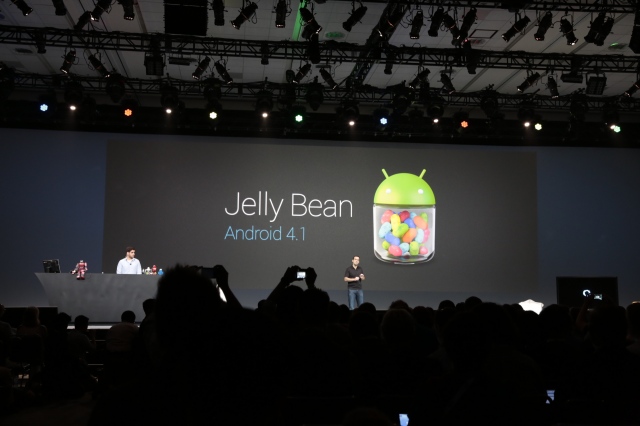 1st half of the month was primarily surrounded by Apple Mania and each day we had something new about Apple’s line of products and services. And now in the 2nd half, it’s Google taking the whole camera line in front. Google’s annual developers’ conference is getting into climax steadily but still we have got some great news from Google team. One of those exciting news is Google’s latest Android 4.1 Jelly Bean.

Google’s Jelly Bean is its latest mobile operating system and undoubtedly has undergone plenty of upgrades which can potentially endanger Apple’s iOS 6 as well. Anyhow, in an attempt to avoid any of Google vs Apple debate, let’s dive deeper into Google’s Jelly Bean.

Google Now is a feature that we were looking for passionately. As a matter of fact, ever since Apple rolled out its Siri, Google’s refuge was only in creating its strong counterpart. Google Now is a smart service which observes all of users’ activities quite intelligently and based on these observations, it automatically starts forming whole day schedules and routines for users. While swiping home screen, users will see various listed cards where each highlights some particular event of your day.
For Example, as in the photo on the side, Google Now can use your location and dig out what the traffic flux is around and ultimately, using that information, can trace out an estimate for how long it will take you get to your office/home. Meanwhile, it would also vie for some shorter alternate route. And if you use public transport, Google Now would still help you out by finding buses and trains near you, and showing you when next bus/train would leave. This Google Now provides effortless user experience and gathers whole lot of user based information automatically. Apple’s Siri is now on back foot as Google Now provides even command free environment.

Despite the fact that smartphones are getting smarter and for commands, tapping buttons is getting into back waters. Evidently, voice enabled commanding offers nice experience but recently RIM brought out handsome predictive keyboard which knows what’s to be typed next based on context. Google follows the suit and offers something quite same as RIM’s predictive keyboard. Jelly Bean’s keyboard, after seeing users’ first two or three typed words, makes commendable guesses and pops suitable word options. Besides, Voice enabled text service is also improved tons of times. Voice transcription SW is just baked into the OS and now users don’t need to look for the service anymore.

Google’s Android beam is one of those features which aren’t fully matured yet. It’s quite some time now that Android Beam has been blooded into the phones but it was ending up quite terribly same as Samsung’s NFC S Beam.

Jelly Bean’s camera app is quite interesting in some ways. It allows users to view pictures taken recently and likewise user can swipe the whole lot of pictures gallery in a go and do modifications accordingly.
The whole gallery could easily be shrunk into film strip and thus allows users to view desired picture quickly. Undo feature is also enabled which allows to recover the photos deleted mistakenly or due to finger spasm or some other unintentional steps.

Google is unbeatable when it comes to notifications feature and even the best of other Oss fail to compete with the efficiency and ease of use offered by Google. Jelly Bean only takes this ease of use to next better levels.

Actions can now directly be performed in drop down menu of notifications. For instance, if you’ve missed a call, you can directly respond to that call by either messaging or calling back directly from notifications widget. Thus, jumping to and fro to other screens has been made unnecessary.

Frankly speaking, the best of the features is to expand app fully from notification bar and all available actions are showed up quite comprehensively.

It would be quite injustice to say that there is nothing worth noticing in Google’s new Jelly Bean. Frankly speaking, Jelly Bean is the best Android version released up till now. Though features incorporated in it aren’t whole new from the thin air and they’ve now existed for quite some time on other mobile OS yet the level reached with new Jelly Bean is remarkable.

So, ordeal of mobile application development is only getting more and more vibrant. What comes out of all this fuss? Let's all see together!

Share this Post:
⇐In 2012, Google+ Is A Ghost Town — Yet It Would Manage To Survive Till 2050
Sheryl Sandberg, Facebook’s Long Held COO To Join Board Of Directors – Some Career Lessons From Sheryl’s Professional Profile⇒

Social Media Platforms are providing companies with the chance to promote and advertise their brands and commodities with a user friendly channel. Due to increa....

Mobile application development is under its rainy days and historically it’s the quietest period for mobile apps development and promotions, as it looks from th....

Apple’s WWDC 2012 was passionately being awaited in tech cosmos as supposedly it bore the news about ‘iPhone 5 release date’ along with other Apple 2012 venture....

New Generation iOS 6 — Everything That You Need To Know

In WWDC 2012, Apple unveiled its next generation iOS 6 which bears more than 200 new features and upgrades; deep Facebook integration, better  Siri and next gen....