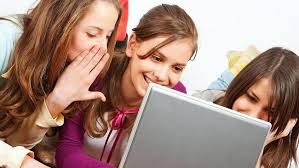 Let’s see how much Facebook succeeds in ‘all things for all people’ strategy!

Nothing has gone right for Facebook, ever since it went public. Various hoards of news have been circulating around that assert on the replacement of social King media, and under the same whims, users are encouraged to fly over some other networks. E-commerce solutions are also going much ineffective after all that. Facebook isn’t primarily blind to the deteriorating contexts and has started to play its trump cards.

‘In an attempt to tack on new users and tap on the new pool of revenues, Facebook is working on a technology which would not only allow pre-teens to use social media networking right under parental control but would also fuel privacy concerns as well’, says The Wall Street Journal.

Though, Facebook doesn’t allow under 13 to use social networking yet reports affirm that 7.5 million under 13 users are already in the party. Interestingly, just 18% of the parents have befriended their kids. Now, without the consent of parents, children won’t be able to join in.

What’s there For Web Development Companies?

As children would also join Facebook, Facebook can also become a ‘child store’ and certainly Facebook would have to bring apps for children. ClubPenguin is already much popular with 28 million users and likewise Poptropica has 76 million users and only few of web application development companies have toiled on this horizon. These children use tablets and thus developing Android apps and iPad apps would certainly gain more market space.