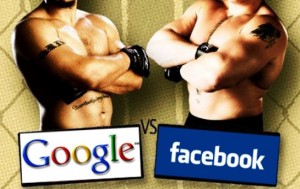 Facebook and Google story has just got more interesting. Apparently Facebook has laid its hands on a former Google engineer Lars Rasmussen. Team lead by Rasmussen is reportedly equipping Facebook with logical evolution – a Facebook search engine. Aim of the project is to get hold of Facebook users, who have to open Google page for searching while enjoying their time on the social networking utility.

As readers would remember that we covered Google+ story with the title Clash of Titans, Facebook seems to have added a sequel to story, something like “Clash of Titans II”. According to the reports the search engine will enable users to find out the status updates, wall posts etc. more easily.

In the SWOT analysis both sides have their unique points of power. Google is still the number 1 search engine. Search engine market is said to be web’s most stable and longer lasting application. However Google relies very heavily on targeted ads for revenue generation. As we all know that in order for a targeted ads strategy to work out, the ads should be more focused.

And here comes the catch. While Google has some idea of user preferences, the user profile doesn’t even touch the one that Facebook has. Facebook is sitting on the goldmine of information. With Facebook’s IPO on the horizon, tech pundits are regarding the move as tricky one that has the potential of dooming Facebook forever. Looking at the move more closely reveals the company’s confidence of its abilities. What Facebook search engine will bring along – you would have to wait. With social networking invading every part of web, the future of the www is right in front of us.