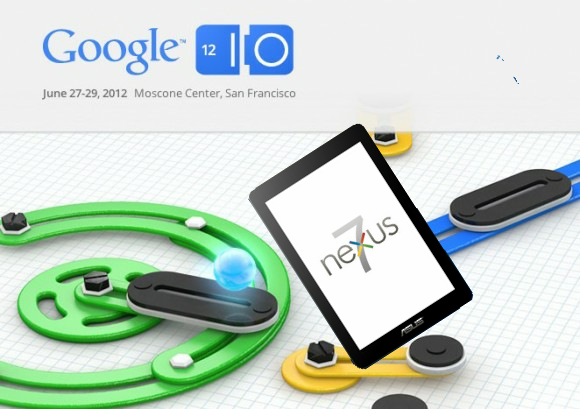 Google’s I/O 2012 is just 2 days away from us and on 27th June, we would finally see what social, web and mobile breakthroughs Google’s developers are going to turn into tomorrow’s businesses. So, in all that Google’s Annual developers’ conference, some people are kicking against last year’s promises such as Google’s Android @ Home or Google Android Driven Bulbs which never came into life.

Nevertheless, we’re going to talk over the ‘big thing’ of the 3 days conference at Moscone Center, San Francisco. It’s quite some time now since Android broke into the surface and frankly speaking, it’s for the 1st time that we are expecting some official news about Google’s Android device. You like that. Don’t you? So let’s find various shreds of logical grounds for the news.

There are some great possibilities that Google may announce some solid news about Nexus tablet and perhaps no wonder if some of you may come out with genuine units in your hands as well. Nexus is being aired as Nexus 7 around the tech circles as it supposedly has 7 inch display screen. First news about such a devices got conception when Eric Shmidt breathed about it 6 months ago. Later in February, Android top Andy Rubin told that Google has hell of labors to do with tablet’s front.

Though the exact specs of the device are kept pretty unclear but we can still gear up our ideas about that. According to overwhelming rumors,

‘Nexus 7 would have quad-core CPU and would be priced in between $ 150-$200. Getting more specific, the processor would be of 1.3GHz Nvidia Tegra 3 Quad-Core processor along with Nvidia’s ULP GeGorce CPU. Besides, it would be Wi-Fi enabled with a front camera on 7 inches wide screen. Google Chrome would be preloaded’.

If Google brings out its tablet, would it meet royal success? And more interestingly, why would Google consume much effort on bringing its own Android Tablet?

Google has already gained much hold of mobile application development, yet there is much agreement among tech drivers that tablets would surely be the next generation devices. Currently Apple drives lion’s share of tablets market with its iPad. Though there are trains of other tablets on the road yet they are falling badly off. iPad app development is also proving much lucrative for developers. So, in order to earn future royal tech championship, Google must enter each area that offers potentials.