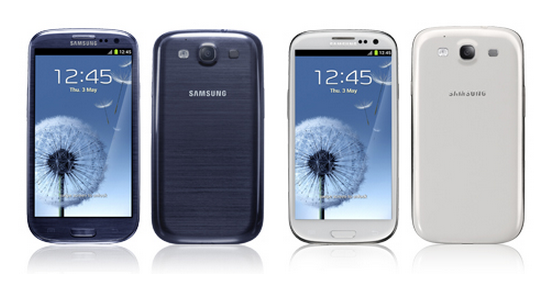 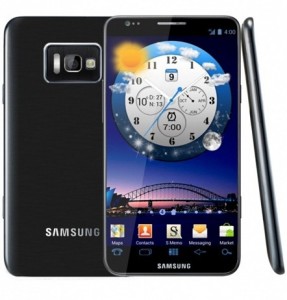 Finally the cat is out of the bag. Highly anticipated and long awaited Samsungs Galaxy SIII has finally been unveiled and it has jolted Apple’s monarchy in the smartphone industry. On this Thursday, tech geeks, news reporters and business partners from all over the world had gathered in Earls Court where Samsung SIII was to be premiered.  “It sees you, listens you and understands your needs”, said J.K. Shin, Spokesperson of Samsung Electronics, and he continued, “The smartphone recognizes your eye movements.”

Though it would be a little exaggeration but the feeling is really irresistible when you get to the phone for the first time. Weighing just 133 grams,  4.8 inch HD Super AMOLED display with “Marble White” and “Pebble Blue” brushed plastic stunningly decks the smartphone.  Intelligent camera features such as ‘Burst Shot’ function of 8 MP and 1.9 MP front camera which runs in with dimensions of 136.6 x 70.6 x 8.6 mm, makes picturing function exceptional. Zero-lag shutter speed allows 20 continuous shots and HD video recording is also icing on the cake. This high definition video can be watched without shuddering because of Samsung’s new Quad Core Processor which is more powerful and more efficient.

Making any decisions about its battery life would be quite immature at this stage. But keeping other exceptional features in mind, we can hope that it would last longer than any other.  It would be right to say that Galaxy SIII is a fresh air in the smartphone industry and its market share would surmount its earlier sequels’. Won-Pyo Hong, head of product strategy at Samsung's mobile business, said it expected sales of the Galaxy SIII to outstrip predecessor SII's more than 20 million units. The Galaxy SIII is already official Olympics phone.

However, the combat of royal smartphone companies does not end here. The drums are being beaten about launch of iPhone 5. Though Apple would not release it in this ‘ Samsung Hit’ but in truth Apple is still the Trendsetter. Few weeks or months would clear all the mist and then we would see what “Apple” brings for market!