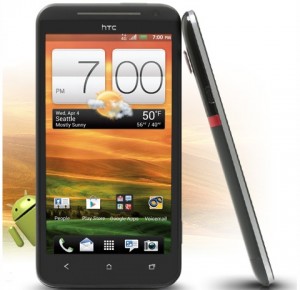 Sprint has announced that its sizzling Android Big Gun, HTC Evo 4G LTE would enter the market this week. HTC EVO 4G LTE is a smartphone that would be the first to rack up LTE platform. Besides that, 4.7’ inch super LCD, 3.5’mm thick, S4 processor, aluminum layered etc, are also cool aspects of the phone.

Most of the outer and inner aspects of the phone are quite same as of HTC One X. It, too, has 4.7’ inch LCD; 2nd largest LCD on smartphones cosmos. The next gluing element is its strength. It’s rock hard due to its back coated with aluminum. It too runs on Android Ice Cream Sandwich which is the latest and most powerful version of the mobile OS. mobile application developers know the super powers that Android ICS is born with.

But, there are some serious negatives haunting this HTC EVO 4G LTE. The phone brags of being the carrier LTE and LTE is yet to be rolled out in the market. Until then, HTC 4G LTE would have to suffice with 3G. But phone’s radio is the worst part examined till now. HTC One X used to hit 33.7 mbps downloads and 20 mbps uploads. On the other hand, this LTE supportive phone averaged merely 0.5 mbps on several locations. During gaming experience, some stuttering is also encountered.

So, these are the darker aspects of Sprint’s HTC EVO 4G LTE. As far as recommending this phone is concerned, it is advised to wait for the time when LTE rolls out your area and then decide to have hands on this.