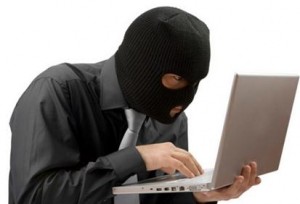 Modern day businesses rely very heavily on IT, in terms of making decisions that make or mar a company’s future. The task at hand becomes more complex when it comes to detecting fraudulent patterns and that is too preemptively. Website applications development and especially the applications that are related to e commerce are prone to multi security challenges. It is not only necessary but also a life line to an organization that wants to expand and address the needs of modern consumer base that websites are developed and launched in a way that security issues are addressed before any security breach happens. It is easier to detect the flaws in a system that let the security compromise to happen after the event, the new software package introduced by IBM would analyze the fraudulent behaviors in n a predictive manner.

The software are said to be developed in light of IBM’s experience of development work done on behalf of its clients. Advani told, while it is essential to have IT knowledge for software development, it is also essential to have the industry knowledge. IBM having the first hand experience of the consumer base has been better poised to address the security flaws and forecast the consumer behavior.

IBM’s predictive analysis wing developed the package keeping in view the needs of its vast consumer base. The backbone of the package has been provided by the development work done by the IBM team on its already available software like SPSS etc.

The organization in need of the software suit would attend a meeting aimed at identifying the specific needs of the consumer. The features of the software would be developed using organization’s existing database to curb frauds such as fraudulent claims in an insurance firm.

Share this Post:
⇐[Not So] Big Tech Giants are also prone to flaws, when it comes to money matters
Windows 8 is set to be released in October 2012⇒