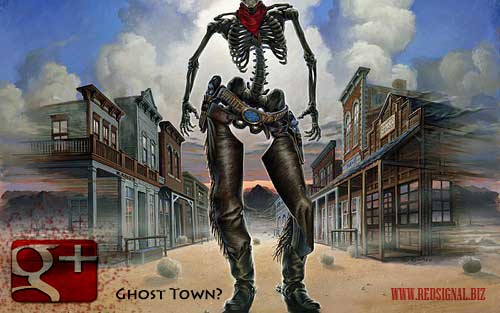 Google, on its annual developers’ conference held in San Francisco, not only kept rolling out its new line of products and services, but also took considerable time for surfacing some key stats related to Google+ and android adoption. Google says that its android adoption has considerably increased from 100 million to 400 million within a year which means 1 million devices are activated each day. Likewise, number of active users has also risen up from 150 million to 250 million in the same time span.

As far as android adoption is concerned, these stats aren’t any surprise for most of us. But for Google+, I must add, things aren’t going much smoother. Right from its inception, Google+ was welcomed all around unanimously as a killer to Facebook. On this very day, one year ago, while launching Google+, company said:

And now at this day, it’s Google+ that itself needs fixes. Surely, Facebook was criticized underhand and it was implied that Google+ would outgun Facebook in no time.

It ain’t agony column and the whole writing doesn’t mean to deny the potentials and whole lot of features of Google+. It’s just an attempt to show how Google+ failed to derive fruits from angry Facebook boys.

At the time when Google+ was being set up, Facebook had 700 million active users and now it has more than 945 million users. It means that despite reaching at the verge of saturation, Facebook still outrun Google+ on the basis of new signups and likewise Google+ failed to drive the whole masses to its nest despite comprehensive integrations with most of Google’s services. Likewise, the paddling through Google+ reveals stark inactivity around. Despite some most interesting and engaging features offered by Google+, most of the profiles still present pictures of lost streets of villages where people have forgotten to peddle again. Comscore released a report showing a comparison between users’ active sessions on Google+ and Facebook. According to report, users spent 3.3 minutes on average on Google+ as compared to 7 minutes on Facebook. Besides, according to latest reports issued by RJ Metrics, active users took 12 days for each post and moreover, 30% never returned again.

Google+ wasn’t meant to be for all that failing insights. People had strewn cordial petals for it and though that it would offer them clean full stop from Facebook. But Google had been high brow at that time and consumed so much time to offer brands business profiles. Likewise, news organizations weren’t readily allowed to use its potentials readily and accordingly. As a result, just 4 months after its launch, it started suffering user drain substantially.

As a result of these decisions, both marketers and news agencies became skeptical about Google+ and when they were offered toiling, it had become too late. Most of the people think that Google+ is quite boring and doesn’t fit to their moods.

Being an E-Business Consultant, I feel that Google+ has still unexplored potentials not only in regards to marketing and generating target leads but for domestic life chores as well. Number of tech professionals on Google+ is quite encouraging and perhaps they’re most active users as FaceBooks acute street culture doesn’t fit to their ideas and thoughts.

If you’re a business person and are either looking to hire a programmer or hire a developer, Google+ offers quite adequate resources for that. Likewise, for any business, there are great groups specifically doing business activities. On the other hand, even the most vibrant of the business pages are just social pages and are inherently bound to just socialize thereon.

The Future of Google+ The close integration with basic services like Gmail and Google  Apps for Business is a big come-on to individuals and organizations wanting a seamless way of communicating, collaborating and getting social with online friends

Share this Post:
⇐Google’s Nexus Q – An Android Computer Designed To Live In Our Homes
Android 4.1 Jelly Bean — Every Thing That You Need To Know⇒