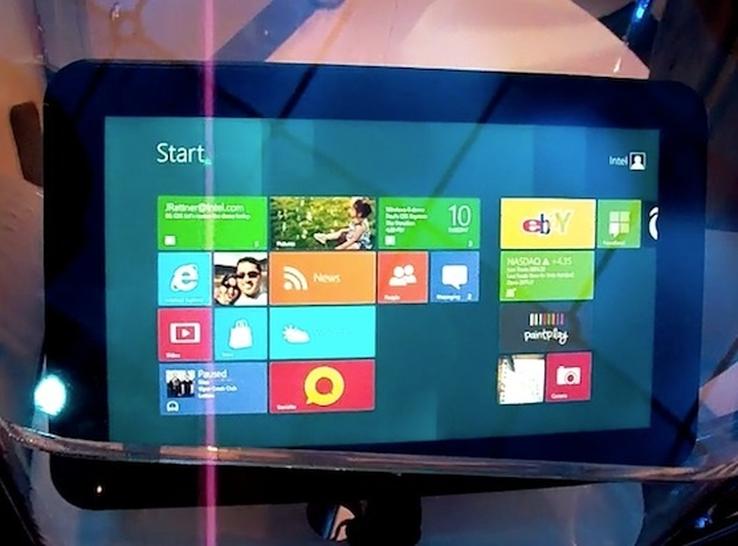 Windows 8 is also released by the same time when Intel-based tablets hit the retail stores.

The most anticipated and hyped tablet of the year must be running with Windows 8 and Intel inside Windows 8 tablets are first to born in the market.  According to CNET, men close to Intel have told them

The first wave of intel-based Windows 8 tablets is expected to land in retail stores in November.

This is particularly interesting that that’s the time when Windows 8 is being released. The source added, “The schedule is tight and looking at what windows is trying to achieve not only with a new OS, but a new OS that needs to run four to five architectures – three ARM, Intel and AMD.’

Intel has been long looking to vie in smartphone and tablet industry but UK based ARM had always pushed Intel deeper into abyss. Most of the smartphones in particular and tablets in general run on ARM processor architecture.

Intel has already jumped into smartphone arena where Lenovo and Lava have announced to launch Intel-powered phones based on Intel’s Atom design technology codenamed ‘Medfield’. Intel says that it has more than 20 Windows 8 devices pipelined which are based on ‘Clover Trail’ technology. Clover Trail is dual core design unlike Medfield which is strictly single core processor.

For users, there’s a great news that most of the ‘clover trail devices would have hybrid design i-e; they would work as both tabs and laptops. You would be able to run metro applications on Windows 8 OS. A huge bonus for the fans. iPhone app development and iPad app development are already in the boom. But It's expected that Windows 8’s ingress would gear up the canoe of windows app development  and would imbue new ardor in  mobile application development as well.

Share this Post:
⇐Music-Centred Social Network ‘Ping’ Is Blip In Apple’s Chequered Inventory and Apple Will ‘Look To Kill It”
Is Your Employee Overworked — Indicators To Employees’ Dissatisfaction⇒