Nexus 7, Kindle Fire and Surface Challenging Apple — Would iPad Mini Be A Success…? 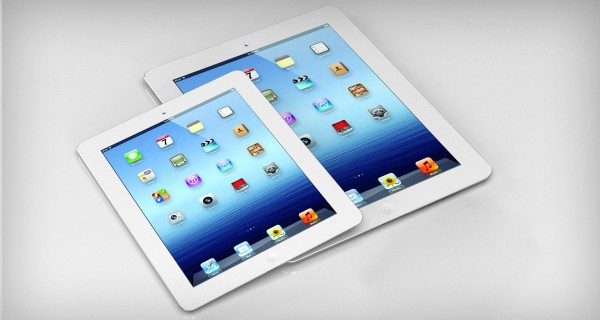 There are few technologies that just take a decade to saturate across all four winds. Smartphones have already done that and are now run almost parallel to total number of population across the world. The next generation’s gadget for getting penetration through the breadth and corner of the world would, undoubtedly, be ‘tablets’; commonly referred as tabs.

While keeping the business potentials of tablets in their minds, tech manufacturers are readily tugging at their sleeves. Microsoft, Google and Amazon have also now started offering competition to Apple; Apple, by its iPad, enjoys 60% market cap in tab industry.

Google’s Nexus 7, Microsoft’s Surface and Amazon’s Kindle Fire are currently getting ready to have Apple’s iPad toppled to the ground. On Friday, Google started shipping its Nexus 7 which is quite hot cake for consumers as it’s rather more inexpensive. Microsoft is making its Surface tablet to join in the heat. Amazon’s Kindle fire is a direct combatant against Apple’s iPad as it has larger screen.

A Die Hard Combat for Apple?

What would be Apple’s moves regarding all this brawling and beats? Apple isn’t going to bow down and cede to competitors so easily. Consumers do feel being attracted towards others as iPad is quite an expensive device as compared to its competitors.
Well, this is the problem and Apple is working hard to sort that out this very year. Currently Apple’s 9.7 inch iPad costs $500 but ‘anonymous’ Apple engineers have revealed that Apple’s new iPad would be significantly inexpensive and would have smaller display screen as well, i-e, 7.85 inch. Though Apple’s spokespersons have refused commenting over it yet this ipad is now widely being referred as ‘iPad mini’.

Analysts are forecasting 6 million sales of iPad mini this holiday season. But, a recent consumer survey offers totally different picture and predicts it as ‘Biggest Flop Ever’.

According to survey conducted by vouchercodepro.co.uk, 1012 UK’s tech fans were asked to share their thoughts over ‘ipad mini’. According to report, 42% of respondents said iPad to be Apple’s biggest mistake. Only 6% viewed it as a good move. 54% of participants showed their preference for Google’s Nexus 7 which comes only at $199.

Well, I personally don’t get impressed with such surveys as the results are based on strictly narrow sample out of a population. To me, Apple’s iPad mini would help it leveraging textbook business strategy. Smaller screen would obviously find traction among users who want different sizes of tablets in iPad family.

What do you think about iPad Mini? Would it be able to catch limelight?

Share this Post:
⇐Digg Bought Up By Betaworks — Can It Be A New Beginning For Digg?
Game is Changing, Get Ready – BlackBerry Maker RIM Spends US $100 Million To Grow Developers Community⇒