Why Smart Phones are so Smart? 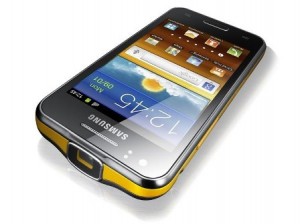 Over the years smart phones are both praised and disparaged. What make smart phones so special, are their perfect usability and elegant looks. According to pcmag encyclopedia, a smart phone is;

Past recollections tell us that earlier we had heavy-weight mobile phones with narrow and murky display saddled with protruding antenna. Likewise our computers were less intelligent and more costly. During course of time, both machines were highly improvised and eventually we managed to have mobiles with greater reliability and elegance and computers with more power and affordability. But even by then, mobiles and computer were separate entities. We had to go upstairs to make a call to our friend and come down stairs to watch the movie. As soon as potentials of mobile technology were realized, richest features of computers were started being introduced in mobiles. Once mobile phones got enough lineaments of computers, they became surrogates of computers. So, this is how we end up with smart phones.

Most celebrated features of smart phones are as under:

Smart phones sharply contrast with traditional mobile phones in HTML browsing.  Modern smart phones allow the user a complete web based interface which enables the user to surf through websites same as on computers. Touch Screens have made navigation almost effortless. It needs merely a swiping through finger to scroll the page and a tapping to move over the hyper-linked text.

The natural makeover of smart phones makes them a real time navigation device. The full onboard GPS capability makes it very easy to locate the position on the map. There are different applications that can make the navigation experience more interactive. Not only they can just show us the names of places streets, but depending on the application, they can also read us back the directions and thus we may have a hand-free navigation while driving.

The feature of introducing applications in smart phones makes them real smart. There are millions of mobile applications developed for almost every category of life that including medicine, education, entertainment etc.  These applications have made our life really easier.

In conclusion, life was never so easy and entertaining as smart phones have made it. It may look ludicrous these days, but everything that we tried to access was botched up. The horizons are still expanding for smart phones and let us wait and watch how smart  would grow in future!