You Speak Persian, I Won’t Sell You iPads or iPhones — Apple Wages A New Racist War? 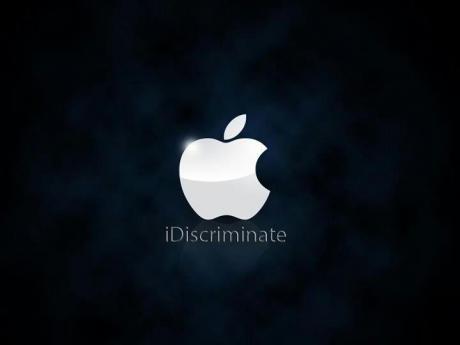 You’re Persian speaking and you can’t have hands on Apple’s iPhone or iPad in USA. Looks quite strange! But this is how Sarah Sabet; A US citizen with Iranian origin had been allegedly refused by Apple’s Store on Thursday.

According to news on WSB-TV, Sarah Sabet who is 19 years old student at Georgia University went to one of Apple’s stores with her friends and tried buying iPad. On overhearing them speaking Persian, employees at the store refused them selling iPad arguing that she would send it to Iran where it could be used for terror-striking activities.

Sarah called it quite discriminating and hurtful and said that she had to come out with regrettful tears in her eyes. On the other hand, Apple’s employees argued that they are simply following US foreign policy. Manager showed the news reporters Apple’s policy indicating Apple’s products being sold to Iran is strictly prohibited.

An official from US State Department commented that US citizen’s entering Iran with laptops or satellite phones without US government’s consent is strictly illegal as US hold complete embargoes against Iran, Cuba, North Korea, Sudan and Syria.

It’s 2012 and not 1914. US law prohibits selling services or products to banned countries but not from selling to US citizens. Apple is a leading global company and it’s quite bad for its image. Customers should not be refused on grounds of their ethnicity, religion, race or origin.

Apple has worldwide client base and hell of other businesses are directly or indirectly affected by such sloppy customer experiences. Let’s see what comes out as Apple’s official stance.